Cream of Rice wins no prizes in my book. For one, it’s a bit of a snore in appearance and flavor. As well, it doesn’t have much going for it nutritionally. (True, it’s enriched and such, so a better breakfast choice than some.) Just the same, it’s my husband’s favorite hot cereal, so that little orange cream-of-rice box is a staple in our kitchen.

I would never presume to tell my husband how to eat–he’s a grown man and I’m not his mom. But my girls–to whom I am mom and would presume to tell how to eat–have also learned to love this ho-hum breakfast food. I’m more inclined to make oatmeal or other whole-grain breakfast cereals, but cream-of-rice goes in the rotation. I dutifully keep the cupboard full, replacing the small, spendy box when it’s empty.

Just this morning a box was emptied and I wondered–in the spirit of all things DIY Kitchen–if I could make a homemade version. What did it contain besides rice? A glance at the ingredient list surprised me: Cream of rice contains ONLY rice. Granulated rice, to be precise, but I had rice and the means to “granulate” (see grain mill post). I could make cream of rice.

And oh, what an easy task this was. Rice was ground (doing it myself means I can use brown rice, making this much healthier fare), 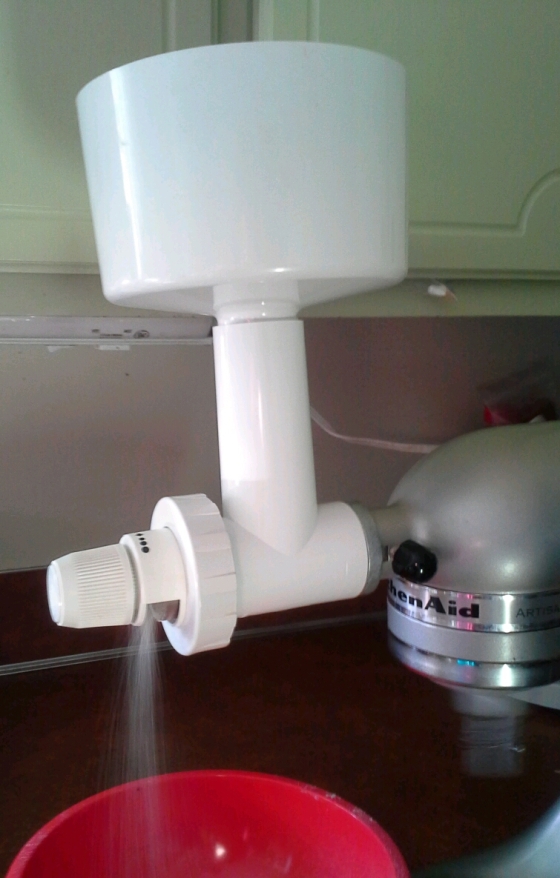 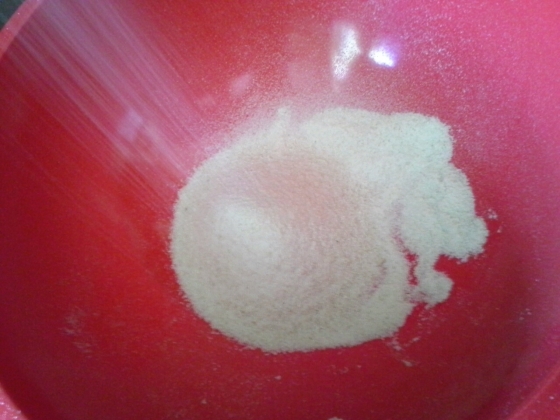 then cooked in twice its cup amount of water along with a smidgen of salt. In just minutes, it cooked up into what looked to be exactly cream of rice (albeit a bit darker because of the brown rice). Topped with milk and cinnamon-sugar, it was a dead ringer for packaged.

I was tempted to put my homemade cereal in the box just emptied and pass it off as store-bought, but it had already been tossed in recycling. Still, I’ll serve it to the family with no mention of its source and see if they notice a difference. I’ll come clean eventually, but hope it passes the test. This healthier and far less expensive version of cream of rice wins with me.

4 thoughts on “diy for a hot breakfast”